Nothing beats the heat of heavy metal for getting dudes fired up. There’s something purely primal about pounding drums, buzz-saw guitars and crazy screaming vocalists that gets us pumped. Something extreme that makes a bro wanna smash the iron and get swole.

A sick playlist can make all the difference in the gym. It doesn’t matter whether you’re pushing weight or hitting the heavy bag, a killer soundtrack is everything.

Studies have even shown that listening to music during training can reduce a dudes rate of perceived exertion. Yeah, you read that right. If you want to lift heavy – listen heavy!

Music has also been proven to boost mood. Meaning the tunes we blast are key to setting the tone of the session. Kind of like a pre-workout for your ears. So, make sure you have the car stereo shaking before getting under the bar.

Get In The Zone

The rhythm and momentum of music can also help to improve mental focus. Keeping us in the zone and blocking out useless crap like text messages alerts or lactic acid burn.

So, if you’re a dude who spends his gym time trying to pick-up girls instead of heavier weights, listen in! Distractions don’t boost deadlifts. Crushing riffs on the other hand, definitely do.

Not only that, but the energy we get from hearing our favourite bands can influence how we feel. Dreading that hard ass leg session you’ve got planned with the boys tonight? Throw on something fast and loud on the way over, and trick your mind into excitement!

Keep the tunes flowing throughout the workout too. When you start to feel tired, the aggression of Pantera or Machine Head will be screaming for one more set. Making you feel stronger than if you had left your headphones in the car.

The Best Beats For Gym Beasts

If you’re after a little listening inspiration we’ve got you covered! Our expert thrash-aholics and riff-obsessives have put together some of the meanest tunes for smashing PBs and RMs.

If these don’t get you angrier than a hungry 750lb powerlifting grizzly bear running out of chalk, you’re probably dead! 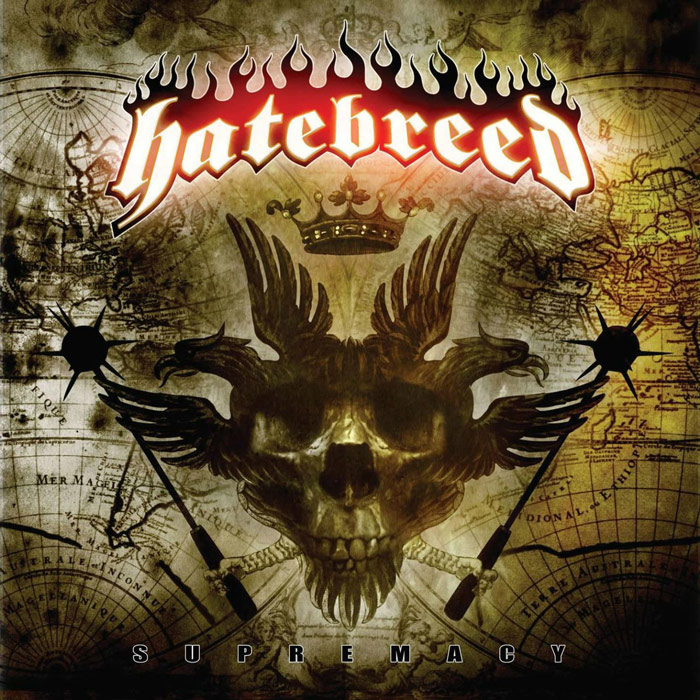 You heard the man! Destroy everything! Whilst this might not be the fastest tune on this list but it’s one of the snarliest. Some might even argue that Hatebreed aren’t strictly a metal band. But these people can kiss our angry ass.

You’ll find Destroy Everything on the band’s 2006 album Supremacy. A key listen for any self respecting dude who knows a thing or two about heavy. There’s also a bunch of other equally intense tunes on there, but we had to choose one. Destroy Everything got us pumped the most. 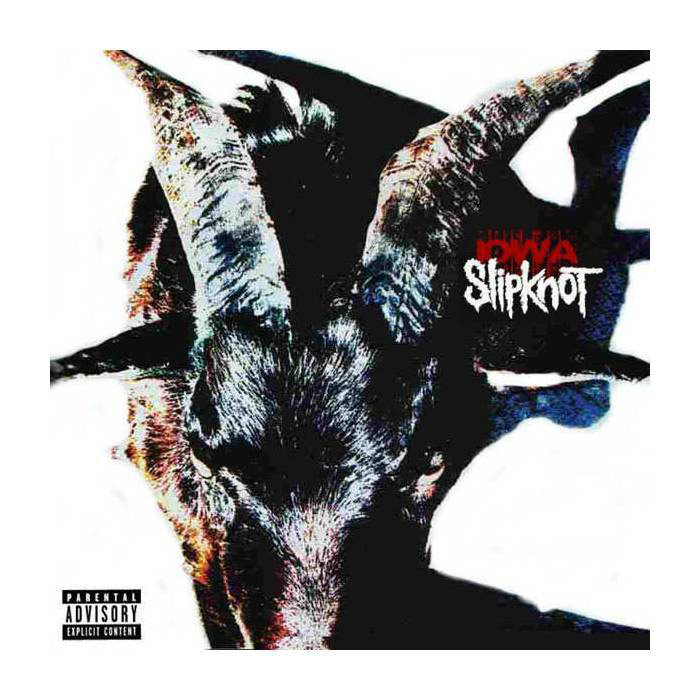 Even if you’re not a fan of heavy metal you’re bound to have heard of Slipknot. We even bet the Queen of England knows who they are. They’re the crazy dudes in masks that scared parents all over the world when Iowa emerged back in 2001. Polluting the ears of teenagers everywhere.

Rightly so, too. They’re a pretty angry crew of misfits, with some even angrier tunes to match. Our pick People = Sh*t doesn’t hang around. If the opening screams of Cory Taylor and machine gun drumming doesn’t get you, the curse filled chanting chorus will.

We recommend this one for all the bros who hate having to wait for the squat rack! 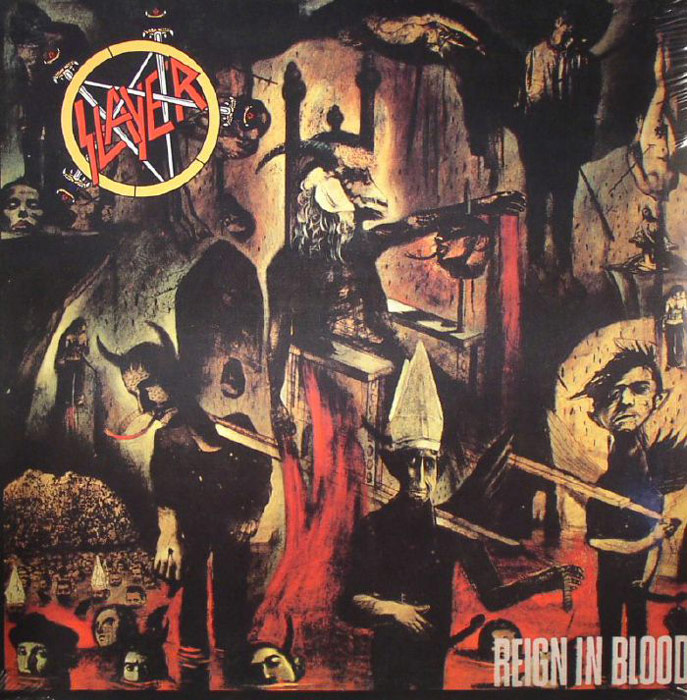 Did you really think we’d create a metal playlist without including any Slayer? Of course you didn’t, man. Nothing gets dudes fired up like the masters of Bay Area thrash metal!

Raining Blood is that tune that grabs you by the balls from it’s opening riff! Before swinging your sorry ass around over it’s head and throwing you under the squat rack.

For us though, it’s all about the absolutely insane solo! It’s so chaotic and crazy we can’t help but get hyped.

For best results – serve brutally loud with a strong pre-workout! 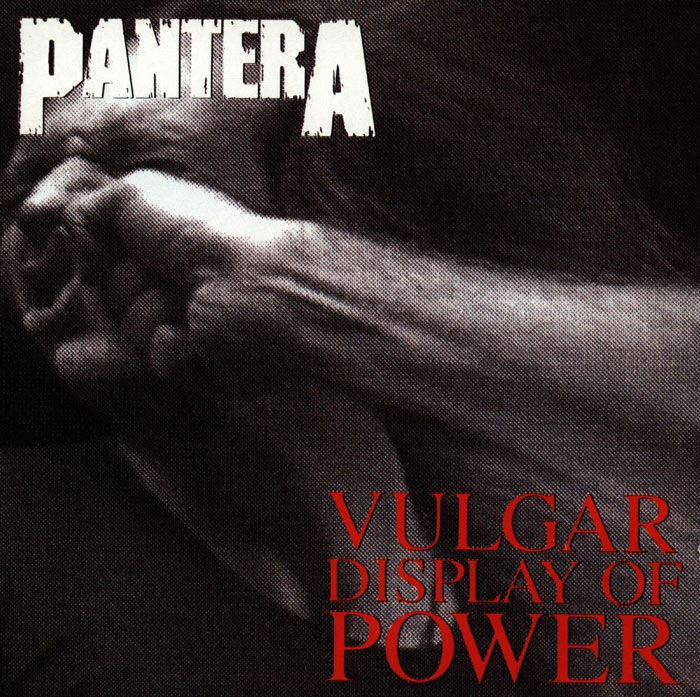 This tune should come with a pump up label attached. It’s a pure punch to the face from the very first second. There’s no chance to settle in on this ride, not if Dimebag can help it.

You can also tell Phil Ansalmo wasn’t exactly playing Mr. Nice Guy when he wrote the lyrics. Maybe he dropped a whole tub of BCAA’s in the studio? We just daren’t ask the dude. All we know is something’s got him p*ssed.

When Pantera came around they changed the metal game in serious ways. They showed a new way add groovy riffs into extreme music. So, slam this one into your super-set playlist to set the pace. 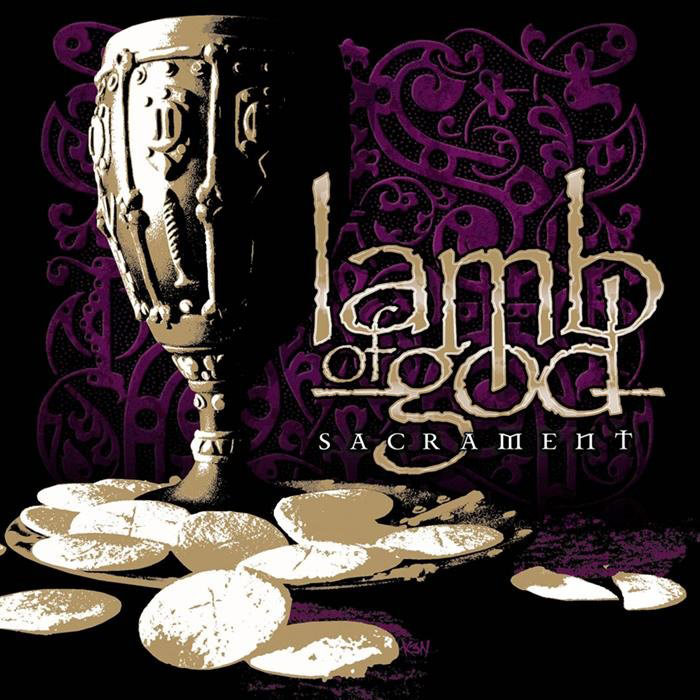 Un-apologetically inspired by Pantera are Richmond’s unholy Lamb of God. They’re heavy as f*ck and their vocalist Randy Blythe spits pure venom. One dose of Redneck is guaranteed to get the blood boiling in any bro!

Don’t believe us? Check it out for yourself. We won’t be held responsible for you destroying your iPod with pumped up power. But, crushing your max bench… Yeah, we’ll take the credit for that.

NAILS – You Will Never Be One of Us 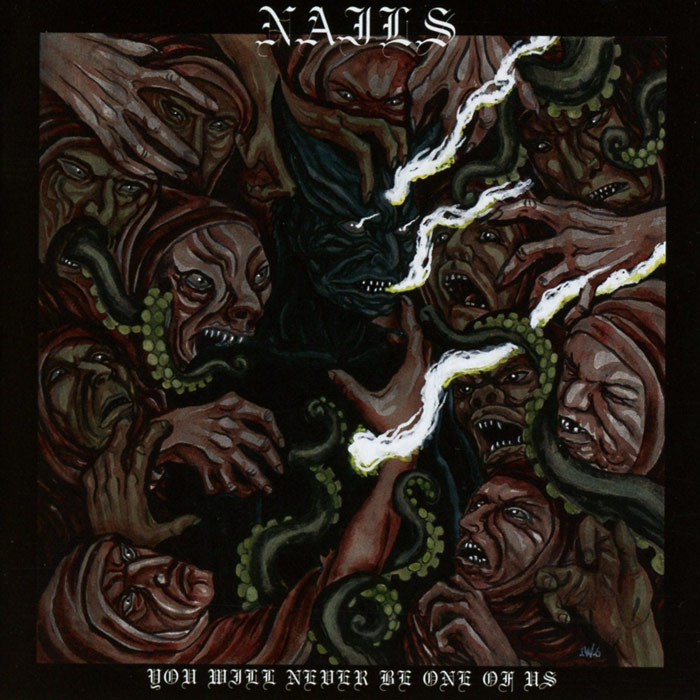 You Will Never Be One Of Us is easily our most extreme pick, but that’s why it rules! NAILS are one of those bands that exist purely to go get guys pumped. There’s no soft slow intros or nice little melodies with this one. It’s raw aggression from start to finish.

For optimal results crank to full volume, chew a bunch of creatine and visualise all the benches taken up by puny non-bros! Now go get some!

Metallica – For Whom the Bell Tolls 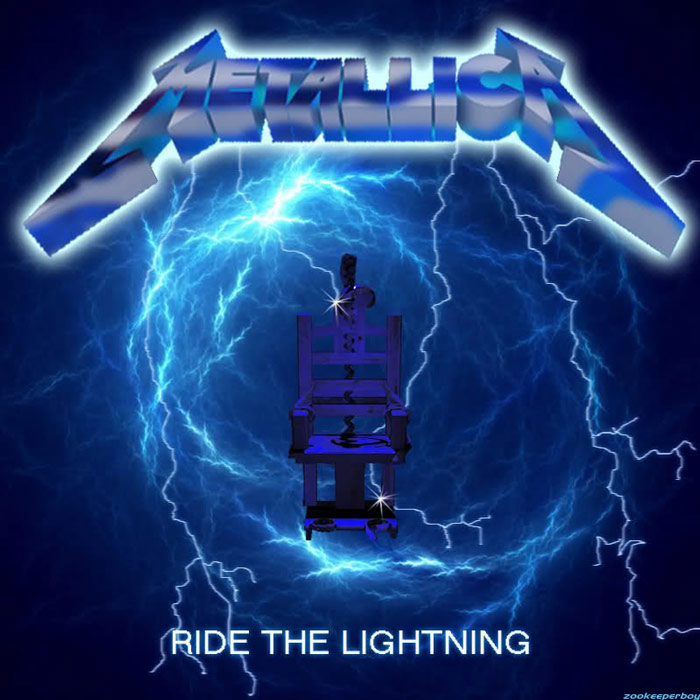 This ones a classic that we just couldn’t resist throwing into the mix. If you’re a fan of pro wrestling, you’ve probably heard this track a thousand times already. It’s pretty much the most epic entrance music ever.

Taken from arguably the best Thrash Metal album ever Ride The Lighting, our only Metallica pick has it all. Big-ass drums, haunting riffs, some serious chug and huge death-toll bell!

Blast this through your headphones and walk onto the gym floor channelling your inner Triple H. 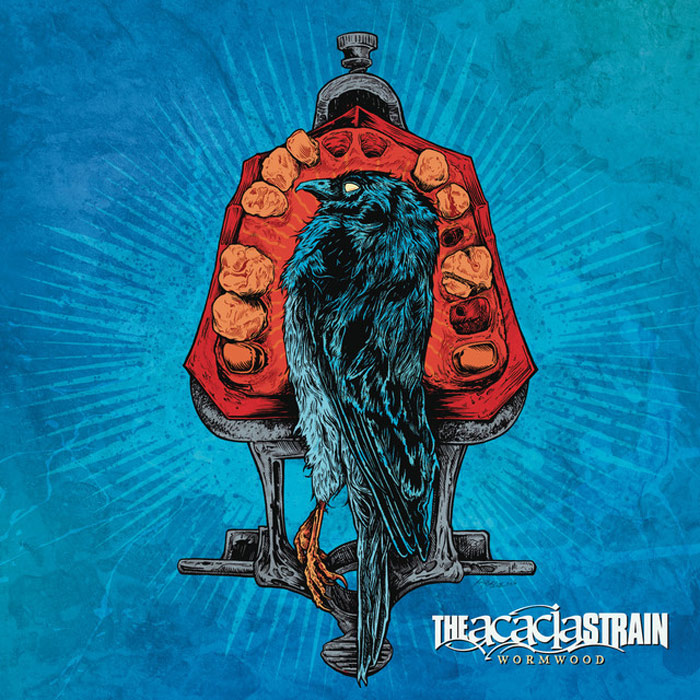 The Acacia Strain are notorious for their seriously drop tuned deathcore riffage, making Beast our heaviest choice. We thought we should save the hardest ’till last. You know, just in case it wiped out any weak ass bros too early.

The slow pounding rhythm of this tune gets us fired up and in the zone for those big lift days. You won’t find this in a Zumba class any time soon! It’s pure 1RM boosting fuel at it’s leanest and meanest.

Strictly for the consumption of beasts only!

That’ll round ’em all up from us, bro. If none of the above gets you pumped to unleash hell, then you need to change your pre-workout! Either that or you’re jut too god damn metal for us mere mortals.

However dudes, SPOTMEBRO are only here to supply you with the baddest tunes. You gotta go move some serious heavy metal yourself to get jacked. Breakdowns and guitar solos won’t build muscle on their own.

Repeat after us: “Listen heavy! Lift heavy!” and the gains will be yours.

You Can’t Mess This Up

These Are the Best Diets for Weight Loss, a New Study Says

What’s the Best Time of Day to Lift Weights? What 35 Studies Say

Fitness News USA - 02/12/2020 0
Key Takeaways Although most people are slightly stronger in the evening than in the morning, the differences are small and mostly disappear after several...

How Fast Can You Lose Fat if You’re Very Overweight?

8 Micronutrients Important for Performance and Where to Get Them

The 8-Week Pullup Bar Program to Get Ripped

Fitness News USA - 26/08/2020 0
If you’re still looking for a simple, minimal-equipment workout regimen to help you get shredded during quarantine, then look no further. Personal trainer,...